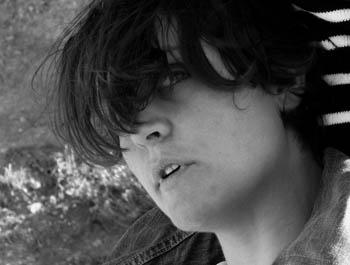 Graduated in classical guitar in the class of Maria-Nieves Mohino at IMEP (Namur),

Gaëlle Hyernaux began composition studies in 2005 at the Royal conservatory of Liège (Conservatoire Royal de Liège) with Michel Fourgon ( Gilles Gobert for mixed music) and since then collaborates regularly with the Centre Henri Pousseur.

She works with the composer Sarah Wéry in a composition duet; since 2011, their common works are signed Georges Elpenor.

Her various meetings brought her to work with Musiques Nouvelles, the Tana quartet, Nahandove,

She was awarded the André Souris price in 2008 and the Henri Pousseur price in 2011.

Gaëlle is also a guitar teacher.