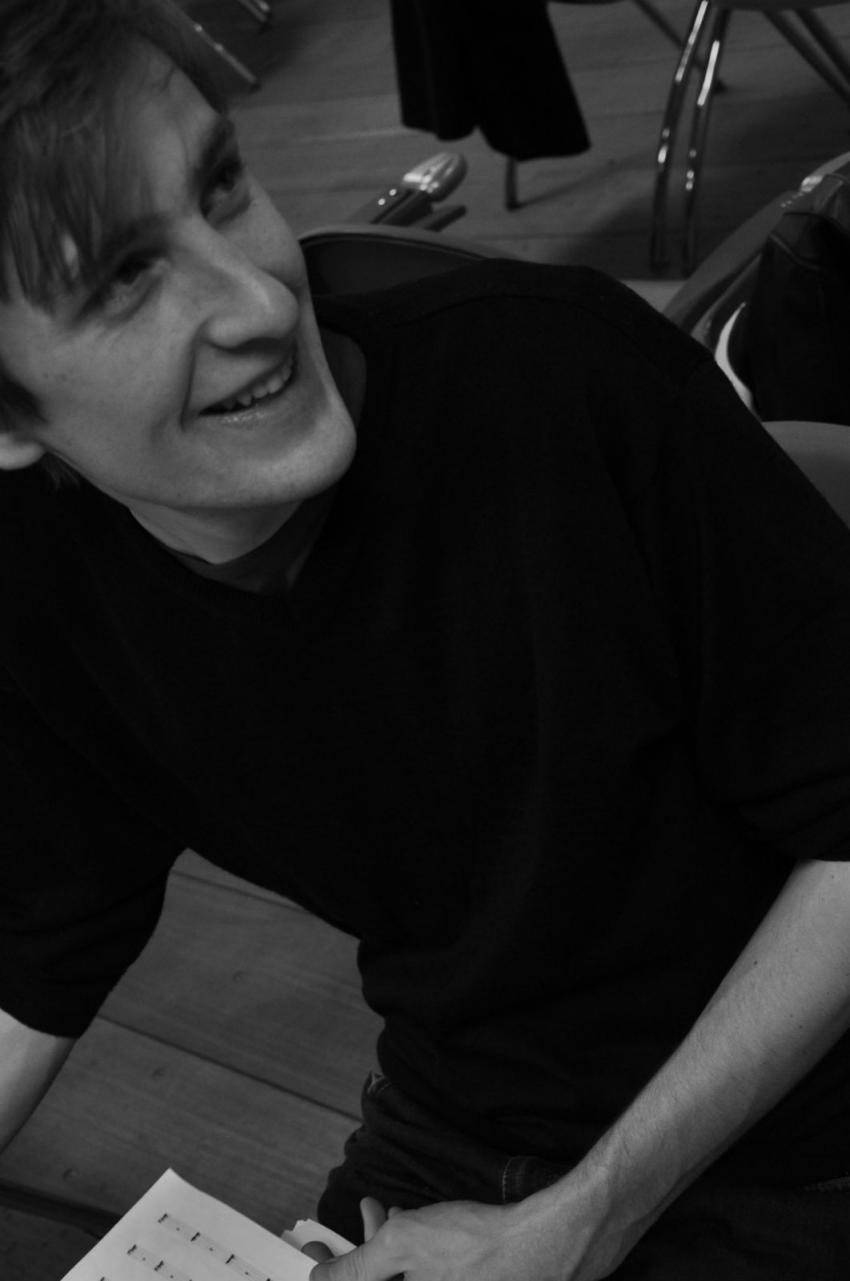 Having graduated in recorder (Frédéric de Roos) at the Brussels Conservatoire and in composition (Claude Ledoux) at the Mons Conservatoire, Grégory d’Hoop continued his studies at the Berlin Universität der Künste, where he completed his recorder and composition curriculum with the highest grades in 2011 and 2012.  During his formative years he benefitted from the advices of Jean-Marie Rens, Thierry Blondeau and Peter Swinnen (composition) and of Jérôme Minis, Sébastien Marq and Gerd Lünenbürger (recorder).  He also practiced improvisation under the guidance of Pascal Contet and Michel Massot, subsequently founding the trio Machine Arrière.

Grégory d’Hoop was awarded the Axion Dexia Classics Prize in the composition and recorder categories (2004), the André Souris Prize (2008) and in 2011 was laureate of the « prix de la vocation ».  His works have been performed by Ensemble 21, Ensemble Sturm und Klang, Diotima String Quartet, the Belgian National Orchestra, Vocale Sequenza 9.3,  Kuraia Ensemble, Ensemble Aquila, St. Christopher Chamber Orchestra and Sinfonietta Riga among others.  He lives and works in Brussels and Berlin.